Don't copy if you can't paste 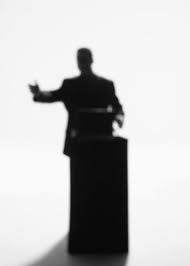 A famous inspirational speaker said :-
"Best years of my life were spent in the arms of a woman, who wasn't my wife"

Audience was in shock and silence..

He added: "she was my mother"

A big round of applause and laughter!

A very daring husband tried to crack this joke at home

After a dinner, he said loudly to his wife in the kitchen:-
"Best years of my life were spent in the arms of a woman, who wasn't my wife"
standing for a moment, taking a meaningful pause at the same time trying to recall the second line of that speaker

By the time he gained his senses,
he was on a hospital bed,
recovering from burns of boiling water!

Posted by Sunil Doiphode at 4:44 PM