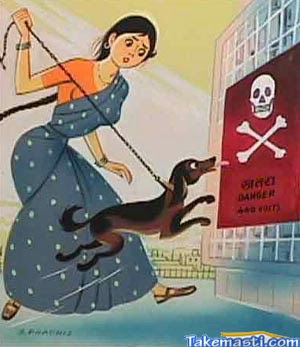 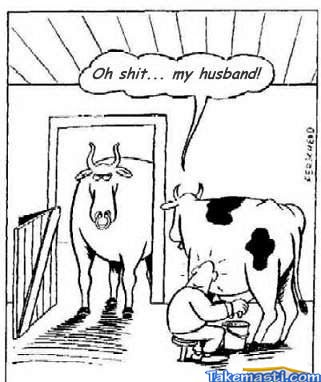 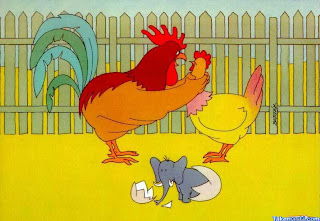 .
Husband and wife were in the midst of a violent quarrel, and hubby was
losing his temper. ‘'Be careful,’ he said to his wife. ‘You'’ll bring out the beast
in me.’'
‘'So what?’ his wife shot back. ‘Who’s afraid of a mouse?’'
.

English marriage anniversary jokes - How did you know?

.
For their first anniversary, a man bought his young wife a cell phone. She
was thrilled and listened eagerly as he explained all its features. The next
day she was out shopping when the phone rang.
‘'Hey, darling',’ he husband said.' ‘How do you like your new phone?’'
‘'Oh, I just love it!’ 'she gushed.' ‘It’s so cute and small—a nd your voice sounds
so clear. But there’s just one thing I don’t understand.’'
‘'What’s that?’'
‘'How did you know I was at the sari shop?’'
.

.
Two terrorists were driving to the location where they intended to plant a
bomb, which one of them had in his lap.
‘'Drive a little faster, the bomb may go off any minute',’ said the man carrying
the explosive.
‘'Don’t worry',’ the driver assured him, ‘'we have got a spare one in the boot.’'

English psychologist jokes - Who's been treating you until now?

.
A patient complains to a famous psychologist: ‘Professor, 'I’'ve been having
terrible obsessions for years, and no one has ever been able to help me.'
‘'Who'’s been treating you until now?’'
‘'Dr Lal Rathor.‘'
‘'I see. He'’s an idiot. I’m curious to know what he advised you to do?'.’
‘Patient -'To come and see you.’'
.

.
A small farm boy was milking his cow when all of a sudden a bull came
charging towards him. As horrified workers nearby watched, the boy calmly
continued his milking.
To everyone’s astonishment, the bull stopped a few inches from the boy,
turned around and walked away . ‘Weren’t you afraid?’ one of the workers
asked the boy.
‘Not at all,’ the boy replied , ‘I knew this cow was his mother-in-law.’
.

.
When an efficient secretary asked her boss for a raise in her salary, he
turned her down, saying: ‘Your salary is already higher than that of the
secretary at the next desk. And she has five children.’
‘Excuse me,’ the efficient woman replied, ‘I thought we got paid for what we
produce here— not for what we produce at home in our own time.’
.

.
Overheard at the veterinarian’s: ‘I had my cat neutered. He’s still out all
night with the other cats, but now he’s a consultant.’
.

English Jokes - What do you want sir?

.
Maid: What do you want, sir?
Visitor: I want to see your master.
Maid: What’s your business, please?
Visitor: There is a bill...
Maid: Ah! He left yesterday for his village...
Visitor: Which I have to pay him...
Maid: And he returned this morning.
.

English jokes - how many years it took to build.

.
Aforeign tourist hired a guide to take him around Delhi and Agra. At the
Red Fort at Delhi, he admired the architecture and asked how many years it
took to build.
“Twenty years,” replied the guide.
‘You Indians are a lazy lot,” the tourist said. “In my country, this could have
been built in five.’
At Agra he admired the Taj’s beauty and asked how many years it took to
build.
‘Only ten years,’ said the guide.
The tourist retorted: ‘You Indians are slow! We can construct such buildings
in two-and-a-half.’
In this fashion the tourist claimed that every building he admired could have
been built in his country in quarter the time. Finally, when they reached the
Qutab Minar, and the tourist asked what it was, the guide replied: ‘I don’t
know. It wasn’t there yesterday evening.”
.

who treat men as delightful and generous bank accounts.